Four Brothers Stay Together Thanks to Donor’s Generosity 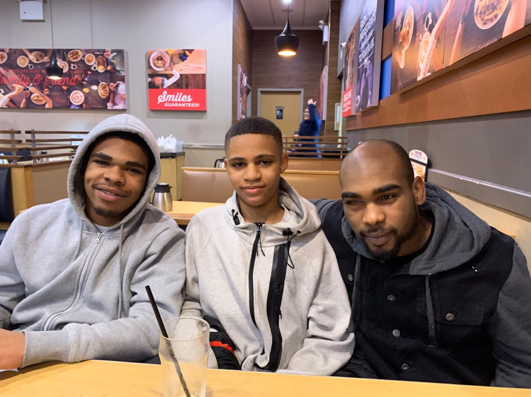 Tiasheem and his three younger brothers grew up in New York City with their single mother.  The boys had been in and out of foster care, and became determined to keep their family together in the future.  This hope was crushed when they lost their mother last year.  With only Tiasheem out of high school, the boys struggled to figure out how they would keep from being separated.  Tiasheem worked to gain custody of his underaged siblings, so that he and his 19-year-old brother Shawru could begin picking up the pieces.

Our generous Donor connected with their story and wanted to help get them back on their feet.  one2one created a detailed package to ensure the Donor’s funds would have an immense impact on the boys’ lives.  Expenses such as rent and utilities were covered, as well as other everyday needs like clothing and food.  Along with these items, a portion of the grant was used to pay for their mother’s funeral expenses.

The boys have already shown progress since disbursements began, and are motivated to use this opportunity to start a new chapter in their lives.  began a part-time job to acquire a security license, and tutors his youngest brother in tough subjects like math and science.   , the second oldest brother, is in the process of beginning his second and helps his younger brother pursue academic programs that could help him enroll in college one day.  The boys are grateful for the help they have and look forward to a bright future together.